Our Top Laptops for League of Legends

We have done plenty of research and identified the following laptops to be the best options for playing the popular League of Legends. 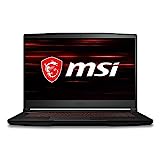 The MSI GF63 features a core i5 processor backed up by Nvidia’s GeForce GTX 1050i MAX-Q graphics card that offers an astonishing 4 GB of dedicated video memory. This laptop has an alluring design with a brushed aluminum top. The deck is also metal and the bottom is plastic which works better than metal in thermoregulation.

It’s easy to upgrade this laptop, and have more storage, or dual-channel ram of up to 32 GB. The battery manages to deliver up to 7 hours while working on everyday tasks such as browsing the web or editing documents.

The red-backlit keyboard gives the laptop a good overall scheme, and the mouse pad is amply sized. Windows precision drivers work perfectly unlike on some laptops where users have reported faults. Despite having only one cooling fan, the MSI GF63 still manages to regulate temperature well, and the fins don’t make too much noise under heavy workloads.

The near bezel-less 15.6 inch IPS panel has excellent wide viewing angles, bright and has great contrast. Considering the GF63’s specifications, suffice to say League of Legends (LOL) is a piece of cake for it. While the only downside to the panel is its 60 Hz refresh rate, it exceeds the requirements for LOL.

Best Laptop for League of Legends for the Money: Dell G7 17 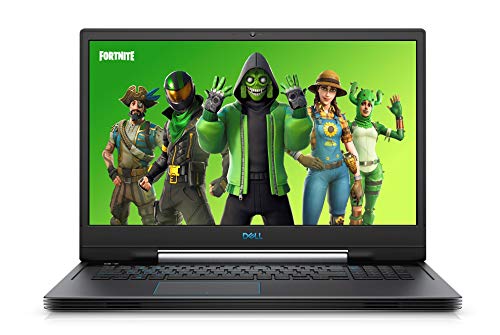 The Dell G7 17 has one of the best prices to performance ratios. Its top-notch specifications let you play games like League of Legends with the highest settings. It includes a 9th generation Intel Core i7 processor, backed up by an Nvidia’s GTX 1660 TI GPU that gives an impressive 6 GB of dedicated VRAM.

The G7 17 ships with 16 GB RAM and a 512 GB SSD, all of which are easily upgradable. All its specs combined produce enough power to handle all kinds of games and applications smoothly. Getting to the internals is quite easy and all you need is to open up one screw on the bottom panel.

The laptop’s full HD, a 17-inch screen is what gamers need, and you can see even more of your character’s surroundings than those with a smaller screen. Games perform well and you’ll hardly witness any thermal cooling because of the laptop’s size.

Design-wise, the G7 looks great with blue accenting on either black or white versions. The keyboard also has a blue backlight, which is refreshing for a gaming laptop that usually has red. The G7 has many ports, including a USB Type-C DisplayPort that supports thunderbolt 3: As if the 6 GB of dedicated VRAM wasn’t more than enough. 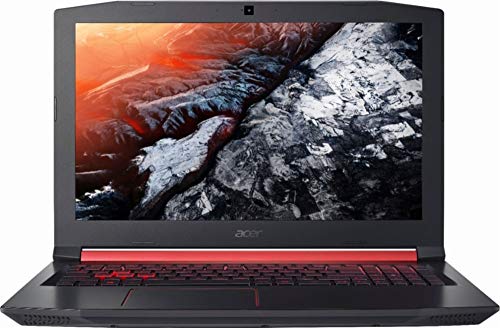 Despite being a budget gaming laptop, the Acer’s Nitro 5 has more than enough capability to play League of Legends in maximum settings. It sports a Core i5 processor, backed up by Nvidia’s GTX 1050 Ti graphics, which delivers 4 GB of VRAM.

The Nitro 5 has a clean design with red and black accenting. Getting into the upgrade model is quite easy; you can add more storage with a standard 2.5 inch HDD or two SSD NVMe slots. It’s astounding that you have the option of three drives on this machine. The laptop has a generous amount of ports including a full-sized SD card slot.

Despite the laptop having two downward-firing speakers, the sound is still loud and clear. It’s great that Acer retrofitted the Nitro 5 with a full-sized sized keyboard, and the touchpad is amply sized, with windows precision drivers working like a charm.

Because of the Nitro 5 specifications, you can game on it with the high settings for all A-listed games, including League of Legends. The GPU and CPU share the same dual fans and heat pipes, so you might witness some thermal throttling when playing demanding games for long. However, the fans don’t make a lot of noise even when boosted and running at maximum speed. 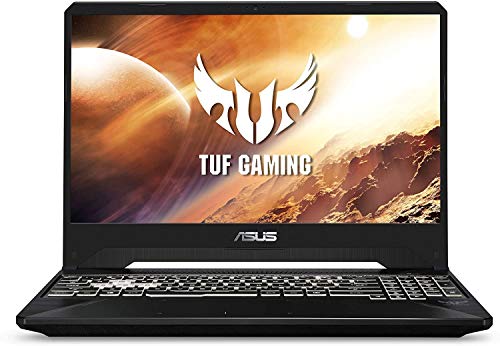 If you’re looking to play LOL in high graphical settings on the go, then this ASUS TUF Gaming laptop is exactly what you need. Weighing less than 5 pounds, this is a great PC to have for students who carry a laptop all day, yet want to game on the go.

It features an AMD Ryzen 7 processor, and Nvidia’s GeForce GTX 1660 Ti graphics card that offers an incredible 6 GB dedicated video memory. For these reasons, this Asus gaming laptop can handle games that require even more processing capabilities than League of Legends.

The laptop is also preloaded with 16 GB RAM and 512 SSD, both of which you can easily upgrade. It also includes a full-sized backlit keyboard and you can configure the key’s light to suit your taste. The touchpad is quite large and multi-touch works great.

A standout feature of the Asus TUF gaming laptop is its 15.6 inches 144 Hz IPS panel. It has good contrast and brightness, to comfortably do your work or play League of Legends in bright environments. This laptop has received a lot of praise because it’s very light, yet offers the best gaming experience for your money.

What Makes a Good Laptop for League of Legends

LOL isn’t a demanding game. Any decent computer will run it. However, it would be best to achieve consistently high frame rates (50-60fps) playing the game, even when you are entangled in a crazy fight. For best results, these are the factors you should consider when buying a laptop to play League of Legends.

League of Legends is one of the most common games worldwide because it does not require a powerful computer. In terms of processing capability, all you need is a 3 GHz processor and up. However, that will only make the game playable with low settings. All the laptops in this list are basically “overkill” when processing LOL so you should experience any lagging with them.

According to LOL’s official website, you only need 2 GB of RAM for the interactive game. The computers in this list come shipped with RAM that’s over 4 GB, to be able to run other programs alongside the game comfortably. With more RAM, you can switch between applications, and not have to close them altogether to run one software properly.

LOL needs a minimum of 12 GB initially. Space required increases gradually over time, with updates and patches requiring up to 20 GB. Such space shouldn’t be a problem for you. Better yet, get one of the laptops in this list that has an SSD drive. With such a drive, your computer will boot up fast, and you can enjoy the game quickly when called into action.

It’s recommended to play League of Legends with a PC having a minimum of 512 MB dedicated video memory.

Nevertheless, all the laptops in this review have exemplary dedicated graphics cards, with the smallest offering 2 GB of VRAM.

This capacity should be more than enough for LOL in the best settings, and the latest games, sometimes in high, medium, or low graphical settings.

On a gaming laptop, you cannot overlook the screen. Choose a laptop with a minimum 60 Hz refresh rate but more is better.

While a 1080p display is also great, a 4K resolution screen doesn’t make sense even on a 17-inch laptop since you won’t be able to discern the difference. Better color accuracy and reproduction make the game enjoyable as well.

A number of factors also go into choosing a good laptop outside the screen size, GPU, CPU, and others. Check to see if yours has a backlit keyboard, which is great for working in dimly lit environments. While a larger battery is good, it doesn’t really matter when you’re playing since you’ll have to connect the machine to a power outlet to get good performance.

We hope this guide will help you find competitive laptops for playing League of Legends. While you won’t need cutting edge specs to shine in this game, we advise that you seriously consider the features outlined above in order to get the most out of your purchase.